Okay! It is 2012 and I have started to go crazy over sprouting plants...

But! I always was that way! No matter where I go plants sprout around me. I would need my own planet to grow all the beautiful plants that just spring up with no one doing anything to them.

I freshen up my store bought Lemon Grass and suddenly there are roots! I buy sweet chestnuts to cook (I am vegetarian) and when I pull the chestnuts out of the bag they are sprouting. I can't cook them! I have to plant them. This is life.

Now my Organic Ginger from Peru have grown multiple corms of new ginger! 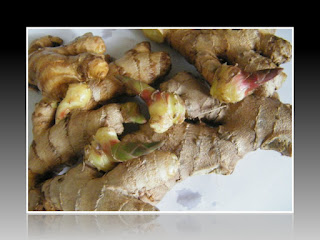 Ginger corms are fantastic fresh food [like fresh ginger fruit] .. but I just have this instinct .. I have to plant them. So, I have this theory that the food I buy knows it is coming into a gardener's mentality household. They just sprout as fast as they can.

Too warm / too cold ?? Nature was just throwing roots at me .. those plants did not care .. they were just rooting and growing and saying: plant us!!

It is my belief through a lifetime of observing nature that the grass and the plants and the trees know ahead what needs to be done. Those plants know that we humans have to Green The Planet.

The Roman Empire's Alpha male (excuse my French) thinks that the surrounding physical world is an inferior biological system set there to serve man. Like, that man is above the Earth. Get a brain!!

The human body is woven from the life of the Earth. There is no human being without the Earth; but the Planet can survive without man. In fact, the Earth would be a lot healthier if humans did not exist. The Planet does not need us; but we need the Planet.

Not only that! All the creatures of the Earth clothe us and feed us and house us. A blackbird or an eagle has its own feathers - but humans clothe themselves in the fabric of their plant brothers and sisters. Let's get the facts straight!

We have to put the green back into the Earth.

In many ways the human being is a plant - growing on the surface of the Earth.

People need to learn how to grow food. To get in touch with the basics that allow us humans to exist and be healthy. I can tell you that in 2012 the Planet's plants are throwing themselves at us root, branch and leaf...

Trees and plants have a very powerful relationship with mankind. They are the elders. The first life forms on this Planet were bacteria, yeasts, mold and fungi, ferns, plankton and algae. Add to that volcanic soil and volcanic ash.

Everywhere I look they are cutting down trees. The new tree cutting gamers claim it is because the trees have to be thinned. In reality, the trees are a resource and the people cutting them down need money. The Earth is a resource.

It is great to have spouting Lemongrass and sprouting Ginger roots - but how do I plant them and keep them healthy? What do the plants need? Because, the soil is also a dynamic living organism. You don't need "Carbon taxes" . . . you need life, microorganisms, healthy soil, growing greens and lots and lots of trees...

I am so exited, because my store bought Lemon Grass has roots...

Grow your own Lemon Grass!
I found fresh Lemon Grass at the local store...
I am crazy about growing things!

So .. I put some of the fresh Lemon Grass stalks into water... 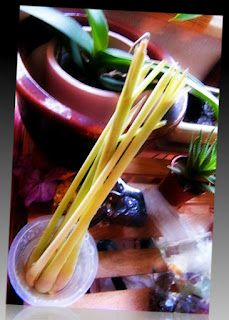 It is real simple...


You cut off a small part of the base of the Lemon Grass stalk to remove the dried part of the grass. From that base fat white roots should grow when the stalk is put into fresh water.

I snip off the top dried part of the Lemon Grass stalks to allow the energy of the plant to concentrate into the base and the root.

I change the soak water once a day - every 24 hours - to prevent a jelly type water forming around the stalks and to prevent fungus growing on the tough outer leaves.

I clean the base of the Lemon Grass in fresh running water.
You want to avoid fungus and cellular deterioration.
on the surface of the grass. 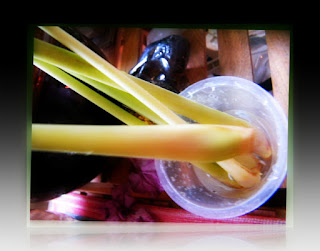 Here you see the cut base of the Lemon Grass ...

Don't use too much water.
Keep the water clean.
Change the water each day.

The timing of root growth depends on local atmospheric temperatures and local climate.

Here you see the roots of Lemon Grass ready to be planted.

Avoid any kind of slimy fungus growth on the outer leaves and wash the base of the Lemongrass before planting into organic soil.

Once you have roots growing from the base of the Lemon Grass .. it is probably best to plant the stalks in a container until the roots are strong enough to be planted out in the garden.

If you don't want the Lemon Grass spreading everywhere, then keep it growing in a pot or some kind of container or grow bag.

The oldest Sanskrit texts say: In the beginning was sound.

As humans went into decline, down into the lower vibrational energy curve of the last cycle - the word of man became the ruler of the world. However, there is no word without sound (this includes mechanical thought).

Observe and pay attention to where you HEAR your thoughts. Beethoven became deaf and could still hear the music he was writing. Thought is sound manifest inside the central ear - which is where we hear physical sound.

OM [AUM] manifests sound from the center of the body, just above the navel, just in front of the kidneys, below the solar plexus reaching the heart. The energy of this sound opens the heart's wings like an air current. The wings of the heart are the lungs.

Way up in the topmost tower of the head lives the Monkey King, who is born from thought. The Monkey King rules the Earth through the power of words. Because all humans (or most humans) are servants to their own thoughts (ego identity), they follow the dominant word/ideology at any given time in history.

To find out if there is anyone else in the universe, the Monkey King builds all kinds of devices to listen for "the chatter" - out there in the universe. Thought - the ego - thinks birds and animals are primitive because they use sound and we humans have advanced higher than animals through the word.

What would our planet be without bird song?

What would our planet be with only noise humans create: cars, planes, industry, chatter of the airways? The same frequency of noise and chatter that Monkey King is searching for out there in Cosmos. Let's hope he does not find it (the chatter), because they are going to be as crazy as we are now, at this point in our history.

Ancient Sounds From Atlantis
It turns out that the sound based Operating System of a bird's brain is superior to modern day man and his "word based system". You are going to see science come out and say this .. that there is a "superior" system that is based on sound, and that we are far from it. Therefore, Monkey King is going to try and reproduce this sound-based system as technology. Really smart!!

Back to Egypt, which came out of Atlantis, where bird brain gods created the pyramids .. and gave civilization to mankind - using sound. Implying that today's space listening devices would not hear or understand an advanced life form "out there", because an advanced civilization would be based on silence and use of natural harmonic sound(s).

When they say that Atlantis sank .. that was because we sank - to the lowest level of lead = heavy, dense matter, enslaved to the physical world - devoid of spirit. This is the world we have today. A world ruled by the ego Monkey King inside each one of us. The word rules this world and we are ruled by the word.

This is a kind of Zen Koan:
The ego (thought) rules the world through the word, as the word rules over ego.

The frequency of Atlantis is not really about a return-to-the-light. The cycle ahead is a return to sound. Not that we return to the sound; but that the sound of sounds comes to us. The original sound fills mankind with the same power that was used to build the ancient megalithic sites.

Learn To Listen
Over the next three hundred years there is going to be a radical revolution in sound. Currently, we humans make a lot of noise, while birds, animals, nature make sounds. Learn to listen... a humans two ears are the wings of something in the middle - and so, what is it that hears?

Sound leads you to the source.

We have had many thousands of years attempting to teach humans that silence is the way to go. Not because silence is empty; but inner-silence is the still point through which the spirit hears all sounds.

We are going to see an era where sound is used to clean up radioactive waste. The Japanese will probably lead the field on those discoveries. Technology will be clean through a greater understanding of sound [harmonics]. Currently we attempt to make technology mechanically clean, while making a lot of noise pollution.

These coming changes go together with changes in the state of the human mind. Changes happening over the next 100 to 200 years. The Monkey King (thought) is noisy... thinking, worrying, afraid, aggressive, competitive = noisy. Thought creates a lot of noise externally through technology, because thought is afraid of silence.

Silence is the ending of thought.

Why do ancient Sanskrit texts describe the gods flying around on sacred vehicles that emit sacred sounds? Flying vehicles that sing or chant the most sacred of sounds .. the last evidence of the ancient sounds of Atlantis.