'Buddha Boy' Bomjon found in Bara jungle NIJGADH, BARA, Dec 25 - Ram Bahadur Bomjon, popularly known as the Buddha Boy, who had disappeared from the jungle of Ratanpuri in Bara district, nine months ago, has reappeared nearby the area. 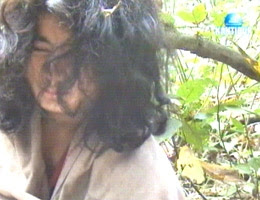 The 17-year old teenager Bomjon, "meditating without any food or water" in the jungles of Ratanpuri village in the district disappeared under unknown circumstances in March this year and was found in the jungles near Pathlaiya-Nijgadh road section of the Mahendra Highway on Sunday. Local villagers who had been out hunting found Bomjon in dense forest located 5 km west of the highway yesterday night. Bomjon appeared before the media and local villagers this afternoon in the same place.

His disappearance got widespread national and international coverage after news reports about his sudden abandonment of the meditation site at Charkose Jhadi of Ratanpur area in the district, where he had reportedly been meditating without food and water for ten months, were made public. Bomjon had a sharp sword with him when the media reached the site. When asked why a person in search of peace carried a sword, Bomjon replied that he had taken it for his "own protection."

"Lord Buddha used to arrange his security by himself. So, I was forced to do so myself," he told journalists, in response to a query.

The young man claimed he had still not eaten anything except herbal medicines during his meditation period. Bomjan also said that henceforth he would meditate near the historical Halkhoriya pond, some five kilometers west of the place where he used to meditate before his disappearance.

Following the information that he had been spotted, a large number of people, including his family members and security personnel have arrived at the place to see him. The hunters who first spotted the Buddha boy are Rajendra Kunwar, Ram Krishna Moktan, Jaya Bahadur Kunwar and Bal Krishna Ale, of Dumarwana.

Son of an ordinary farmer in Ratanpur village of Bara district, Bomjon, his supporters and followers claim, had meditated without eating and drinking for months. The Buddha boy has said that he does not want his new meditation site to be noisy and has said that his followers be allowed to see him only from a distance of some 10 meters. When asked what should be done with the donations that his followers and visitors would make, he urged to do anything with the donations, but keep from engaging in business or misuse.

The story of his meditation resembled an episode in the life of Gautam Buddha, who found enlightenment more than 2,500 years ago after 49 days. Coincidentally, Buddha was born only 257 km (160 miles) from Bara in 540BC. By Shankar Acharya & Upendra Lamichhane 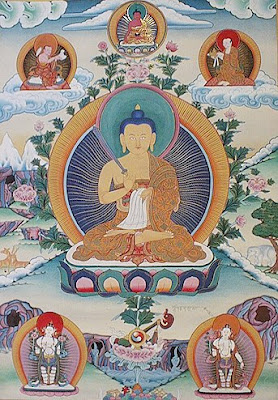 The sword Bomjon has at his side, as reported, is a scimitar. The scimitar goes back to ancient Egypt. It is related to the god Amun, representing divinity. Amun was the god of air and is associated with the breath of life. He is the hidden one. Amun was perceived as upholding the rights to justice of the poor and aiding those who travelled, as protector of the way. Within Hindu mythology: Buddha is another Avatar of Vishnu. The tenth avatar is to be called Kalki Avatara. He will appear armed with a scimitar, riding on a white horse, and he will end the present age. After that, a whole new world will be created. 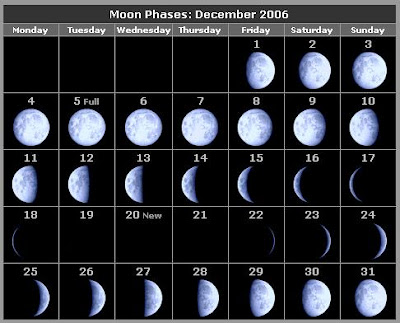 The ancient texts are describing astronomical coordinates for changing planetary cycles. Pegasus (the white horse) in Aquarius. Pegasus flew out of the blood of Medusa when Persius slew her... this has to be an allegory for the formation of this part of the universe. "The Nymphs gave Perseus a cap of invisibility, winged sandals and the knowledge of where to find the Graiai... Hermes gave Perseus a mighty scimitar with which to slice off Medusa’s head." Is it possible Hindu myth of the sword which heralds a 'whole new world' is a comet arriving out of the constellation of pegasus at the dawning of the Age of Aquarius?
Posted by ZenSu at December 26, 2006 No comments: 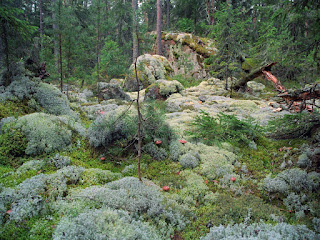 GRANTS PASS Researchers have found soils in an old-growth forest in southern China are storing carbon at a rapid rate. If common to the soils of other old-growth forests, the finding could add combating global warming to the reasons for preserving them from logging, some scientists say.

The finding from soils in southern China goes against the generally accepted idea that old-growth forests are in balance, giving up as much carbon through decomposition as they take in from falling leaves and dying roots.

Why the soils act as a carbon sink remains unknown, but the study in today's edition of the journal Science gives a new way to think about how carbon works in old-growth forests, said Xuli Tang, a scientist with the South China Botanical Garden in Guangzhou, China, and co-author of the study.

“No country in the world has been trying to (preserve) old growth forest from carbon sink perspective because of the existence of the traditional paradigm,” although China is doing some large-scale forest restoration projects that could serve as significant carbon sinks, he said by e-mail.

Many scientists believe that an increase in carbon dioxide and other greenhouse gases from burning oil and coal is causing rising temperatures around the globe that are changing the climate, melting polar ice caps, raising sea levels and contributing to a growing number of plant and animal species going extinct.

One strategy for combating global warming is finding ways to store carbon so it is not released into the atmosphere.

The research was conducted in the Dinghushan Biosphere Reserve in the southern China province of Guangdong, which is covered with 400-year-old subtropical evergreen broadleaf forest.

Taking a total of 230 samples over 24 years from the top eight inches of soil, the researchers found organic carbon levels went from about 1.4 percent in 1979 to 2.35 percent in 2003, an increase of 68 percent.

John Aber, professor of environmental studies at the University of New Hampshire, who did not take part in the study, said he was skeptical of the results, because they go against the prevailing research and are based on a relatively small number of samples.

However, given the high rate of change found in the study, the increased carbon may be coming from some recent change in the environment, such as industrial pollution, he said.

“I think at this point it is an unusual result, and would have to be repeated and documented in other old-growth forests.”

Christopher Field, director of the Carnegie Institution Department of Global Ecology at Stanford University, did not take part in the study, but has worked in the Dinghushan Biosphere Reserve. He said the study may have caught the forest soils during an upswing in carbon storage, which is unlikely to be sustained.

“I think that this doesn't really change anything about the way we think of old-growth forests,” he said. “I guess it's solid evidence for the emerging consensus that old-growth forests are quite dynamic, that they have high rates of growth, high rates of decomposition, and at any period the balance between those could result in a net carbon storage or a net carbon loss.” TheWorldLink
Posted by ZenSu at December 04, 2006 No comments: