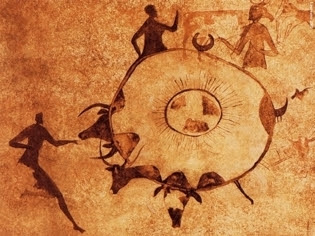 US Drawing Up Plan To Bomb Iran

US Generals Will Resign If Bush Orders Attack On Iran


We hear a lot of talk about democracy and a new world order, and in the background of a one world government. Well, why wait. Lets do it now. From the people, for the people and for the earth.

We don't really have a democracy dealing with international events. This is true democracy at work, and this is the new world order - a single planetary decision making body: The People. If the people of the earth want wars, then so be it. If the people of all countries want an end to wars, then so be it. As we are all sharing this planet, and as we will all be effected by wars, then lets all have a democratic world vote on the actions that effect all people of the earth.

Iran can stop the Nuclear developments and the rest of the world can stop the nuclear developments also. If the people of the world democratically decide that all countries put an end to nuclear weapons and nuclear installations... then that is world democracy at work. It is very simple to work together and decide to put an end to wars, to put an end to fighting, to make all weapons illegal and to resolve our differences around the table with a sense of order and human dignity. Why not!
Posted by ZenSu at February 26, 2007 No comments:

CODEX: Weapon of Mass Destruction
This 40 minute 2005 Video is so bizarre that you listen to it and you think: This cannot be true! Where are we living? What do we need all these insane regulations for? Wow! And I thought Sauron was bad!

The history of Codex alone is creepy, but the issues of compliance with Codex are so anti-human that it is hard to believe there is such total insanity in the world. Dr. Rima Laibow MD is saying that with Codex, on December 31 2009, supplements will be listed as "toxins" and illegal, just as heroin is illegal... while all pharma-drugs will be outside of the Codex regulations.

Even worse than that, all food will (by law) have to be radiated and all farm animals have to be given antibiotics - forcing the sale of these drugs throughout the world. The same applies for growth hormones. This is an enforced poisoning of the food supply. If they are able to do this the human race is finished, because the poisons they will add to the food supply will destroy the DNA. So, this is extreme mass genocide on a planetary scale. Natural Solutions Foundation

Nutrient DNA protection
It is widely known that deficiencies of certain nutrients, such as vitamin B12, folic acid, niacin, vitamin C or zinc can mimic the DNA damage caused by radiation. A shortage of folic acid leads to breaks in DNA. Why not fortify diets and provide nutrient levels in vitamin pills at the dosage that would adequately protect DNA in the population at large?
Will CODEX Protect Your DNA?
Posted by ZenSu at February 14, 2007 No comments: