The Swallow & The Creator

Flying On The Edge Of Reality 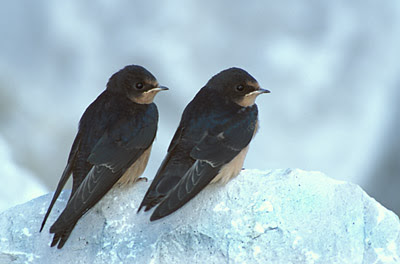 The migrating birds were arriving at Lake Geneva. Flocks of Geese had already flown across the water the day before, and rare ducks were feeding along the edge of the lake. The Swallows had arrived and were gliding around the tower with ease. It was early in the morning and the day had begun without a cloud in the sky. We were talking in the kitchen overlooking the balcony and suddenly a small bird fluttered down in front of the window.

To be honest I thought that the small animal had no chance of recovery.

I went out expecting the Swallow to struggle, but the tiny bird did not move as I carefully picked it up in both hands. The birds heart was beating so fast its whole body shook, and yet as I sent energy through my hands into its body the small bird calmed down.

Its wings seemed to be paralysed and its feet were curled up under its body. The bird could only move its head and its eyes. I held the bird and Michael put his finger gently on its tiny head. I could feel him praying as he sent energy into the tiny Swallow. After that the bird turned its head to watch him. Wherever Michael walked the Swallow turned to look at him. The love coming from this small bird cannot be described, I could see our world though the eyes of the Swallow - our small visitor from the skies.

I did not have to close my hands on the wings, the bird lay very still and seemed to be at home with us. I simply held it in my open hands and began to send healing energy into its body. The Swallow closed its eyes. I prayed to the Creator to give the Swallow the strength to fly again, I asked the Creator to send life into the body of the bird he had created. I removed stagnant sick energy from within the Swallow and I energised the inner energy field.

The tiny bird waited for Michael to come back into the room and saying "goodbye" it shot faster than the eye can move out back again into the skies above. We could not determine whether the bird would be able to fly again; but within our prayers was a deep understanding of the oneness of being humans share with the earth and all creatures upon the earth. There comes a point where your life is indivisible from the life of all creatures, and your death is indivisible from the death of all creatures. 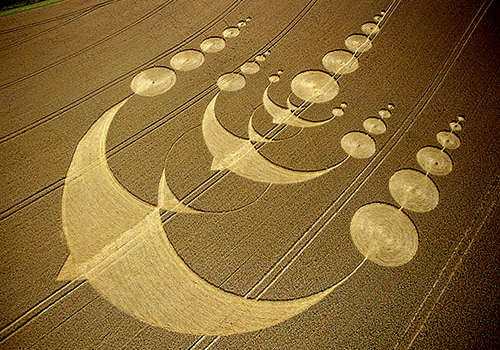 I have always loved the Crop Circle: The Swallows. These tiny birds will keep flying in the most powerful storms. They are truly masters of the skies. When you hold one in your hands they are so light it is hardly possible that they can navigate the winds above, and yet they do. When these birds take flight they embody the power of the skies. Their wings are designed with a perfect knowledge of wind and flight.

To touch God you have to touch the perfect balance of the feather that repels water and hovers on air. That the wing understands the nature of water and air is the key to God and the purpose of life. Swallows in the corn fields leaves us a clue to our own existence, if we care to stop and listen ...