Peace In The World 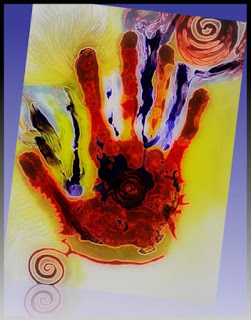 Stop The Manufacture of Cluster Bombs


August 2003 - The Guardian has been told that the decision to hide the trade in such lethal anti-personnel devices is being enforced despite the fact that British and US forces used them extensively in the invasion of Iraq. Guardian Unlimited

A few of the U.S. manufacturers of cluster weapons and their products are described below.

Aerojet
SADARM 155mm DPICM (sense and destroy armor): a 155 mm artillery projectile can deliver two submunitions, while one of the MLRS rocketscan deliver six. The munition can also be fired from aircraft.

RaytheonJSOW
(Joint Standoff Weapon): a precision-guided weapon developed by the US and its allies carrying submunitions or bomblets. The guidance system allows the pilot to launch the weapon from a safe distance.

Wide Area Munitions (WAM) can be placed by hand, by ground vehicles, rocket, or aircraft. "WAM, designated XM93, is a derivative of the Skeetsubmunition that is used in the BLU-108/B submunition... it can be dispensed quickly above ground over a wide area.

"Companies are making and trying to market new cluster weapons all the time. In vivid military jargon, Textron's promotional flier describes the CLAW-Clean Lightweight Area Weapon, which they describe as "the nextgeneration smart soft target munition." For those not familiar with the jargon, a soft target is a person.

Textron boasts that a "single 64 poundmunition has the footprint and effectiveness of a 1,000lb legacy clusterbomb." According to Human Rights Watch, other manufacturers of cluster weapons and components include: General Dynamics, L-3 Communications, Lockheed Martinand Northrop Grumman.

Oslo Conference calls for international ban on cluster bombs,
Cluster bomblets are some of the deadliest of modern weapons, taking a huge toll on civilians. Typically they are packed by the hundreds into artillery shells, bombs or missiles, which scatter them over large areas. Some fail to explode immediately and can lie dormant for years after conflicts end until disturbed. 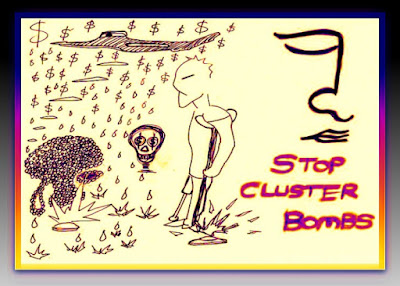 Up to 60% of the victims in southeast Asia are children. The weapons have recently been used in Iraq, Kosovo, Afghanistan and Lebanon. The UN estimates that Israel dropped 4m in south Lebanon during last summer's war with Hizbullah, with as many 40% failing to explode on impact.

The declaration urged nations to "conclude by 2008 a legally binding international instrument" to ban cluster bombs. The treaty would "prohibit the use, production, transfer and stockpiling of those cluster munitions that cause unacceptable harm to civilians", it said. Guardian Unlimited

Email ThisBlogThis!Share to TwitterShare to FacebookShare to Pinterest
Labels: Exo-Politics

What is a Living Machine?

A Living Machine is an advanced biofilter that has been designed to treat blackwater sewage. What demarks the living machine is the fact that it does the job of eliminating the human threat to our lakes, streams and oceans, through the purification of our raw sewage. For most people, the difference between whitewater greywater and blackwater is unknown. There are three things that make this innovative idea in biofiltration and wastewater management a real Living Machine, aesthetic appeal, reliable performance and high quality final effluent suitable for a variety of reuse applications.

Living Machines do the same job nature would do (if we gave her the chance). Take blackwater (also known as sewage) and return it to its natural whitewater state (unpolluted by human waste).

Ecological Solutions For The 21st Century
Ocean Arks International, founded in 1981 by visionary Ecological Designer Dr. John Todd, is a global leader in the field of ecological water purification. In response to the alarming rate of natural resource exploitation and depletion, our mission is to disseminate the ideas and practices of ecological sustainability throughout the world.

Domestic Pollution and Sewage
Domestic pollution is the stuff that runs down household drains along with the tap water. That means sewage—850 billion gallons of which gushed untreated into waterways in 2004. But it also means chemicals like detergents, lotions, and even drugs that our bodies don’t absorb fully. Scientists are only beginning to record what happens when those substances reach marine animals.

When sewer systems overflow, as they do during many rainstorms, untreated sewage runs into rivers and out to beaches. Dangerous levels of bacteria mean beaches have to be closed to swimmers. Even so, the Environmental Protection Agency recorded an estimated 3,500 to 5,500 illnesses from polluted water in 2004. Costal Ocean Institute 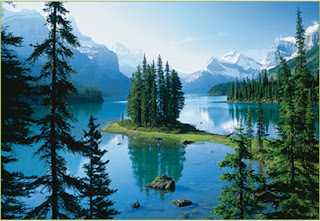 16 million liters of raw sewage... Of all the environmental initiatives proposed to take place within the Gulf of Maine, one of the greatest improve-ments to its socio-economic potential might well be the Saint John, New Brunswick, Harbour Cleanup. Often misquoted as being a dredging or habitat recovery operation, the term 'Harbour Cleanup' simply refers to the municipal infrastructure project that will bring an end to the practice of discharging 16 million litres (4.2 million gallons) of raw sewage into the Gulf of Maine and other watercourses each day. And while it is true that other municipalities on Canada's east coast (including Halifax, Nova Scotia and St. John's, Newfoundland) discharge raw sewage into their harbours, Saint John, New Brunswick, has the unenviable distinction of being the only municipality to have open sewers running through the heart of the city. The deposition of untreated wastewater into our urban streams has created third-world conditions in a country that champions itself as a world leader in protecting its natural capital.

BC is the cruise industry’s toilet
BC also risks becoming the toilet of the Pacific Northwest, as it is far behind neighbouring US jurisdictions in setting and enforcing environmental standards for the cruise industry. Alaska, California and Washington states have all made moves to protect their marine environments, and have been successful in reducing environmental impacts. BC waters, on the other hand, are under federal jurisdiction, and Transport Canada says it will be 2010 or later before mandatory regulations governing cruise ship discharges are implemented.
Posted by ZenSu at January 11, 2007

Buddha Boy Takes Up The Sword

He’s back, and he means business. Just when you began to think that he was gone for good, Ram Bomjon, Nepal’s famous Buddha boy has reappeared. You may recall that I reported here on thinkBuddha that the Buddha Boy had been creating created quite a stir in the Bara district of Nepal, sitting under a tree and – so his supporters claimed – going for months without food. Not even a snack.

Anyway, in march of 2006, Ram Bomjon disappeared into the jungle so he could meditate undisturbed. This is a shame because although he hung around for quite long enough for his activities to attract a nice sum in donations, it wasn’t quite long enough for the claims made on his behalf to be verified.

According to Khantipur online, the prodigy appeared to some hunters on Christmas day, and then kindly put in an appearance for the media, but this time around alarmingly brandishing a sword (“even the Buddha”, he is quoted as saying in the Daily Telegraph, “had to protect himself”). He said that he had still eaten nothing but medicinal herbs during his time in the jungle, and that henceforth he would be meditating by what is referred to as the “historical Halkoriya pond”. ThinkBuddha.org

Everyone being asked about the boy say that they believe in him. When asked a monk “What do you think?” He says this is a basic soul, we need to be considerate about. While someone is praying for the people, nation and all the living beings where as others are drowned in greed and sin, fighting and killing each other senselessly. After looking at him I think peace will come to this country. He also confirms it’s true what people are saying about the boy.

A driver who’s driving that way before the boy started to meditate says he’s been watching him from the very beginning and had seen three 3 different forms of him (morning, afternoon and evening). He looks fair in the morning, faint in the afternoon and glows in the evening. He says others might doubt but I totally believe in him. Nirlog

Blog For A Democratic Nepal
Posted by ZenSu at January 08, 2007