There are many pathways out of Earth
That have one origin ...


In this discussion of life death and ancient pathways I am not going to point The Lighthouse signal at the personal .. but I am going to point the light = your mind focus directly on THE PRINCIPLES.

All the way from Jiddu Krishnamurti's teachings way back to Ancient Egypt .. Atlantis and a much older culture [Earth dimension colony] life and death are one. To explain this let me take the most common activity people experience.

Either alone or together with a group of people you go to a restaurant to eat food. Entering the doors of the restaurant is birth. You enter the small space of the restaurant and you exist. Everyone eats the food ordered [life experience] and then leave = death.

Either each one leaves the restaurant alone all exit together.

Once you leave the restaurant you probably will never see all those people [inhabitants] again .. and this is how simple death is. The incarnate spirit being [you] inhabits [colonises] Planet Earth. The intelligent interactive exploration system used is a physical body. Once the spirit leaves the body [interactive craft] behind .. that's it! 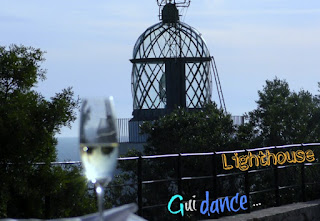 Death Is Transition .. Another Pathway
In life and death the SELF / the ME is a primitive operating system that each incarnate spirit can interact with or go to a higher no-self interactive level [higher grade operating system].

Leaving physical material Earth without the physical body [that we call death] is no different than leaving Earth to inhabit colonies on Mars or other dimensions.

The only principle humans lack [today] is a clear GUIDING PRINCIPLE that one may call: The school of the dead / the teachings of death. In this respect death is positive transition / transmutation of consciousness and matter.

Asklepios: A Universal Principle
It seemed by chance that we ended up here .. visiting Asklepios who was said to be the God of Medicine. No one knew at the time what this ancient site was and all the implications. So .. modern medicine will call an individual at the end of life as TERMINAL.

What is a terminal? It is an end point on a journey. A location that connects you to all your other flights and pathways. A terminal is simply a BOUNDARY line that you arrive at and you cross. It is a point where you cross connect your journey to move on.

The ancient world celebrated death. Even until recently in Celtic origin cultures in Ireland and Scotland death was a celebration and not something to fear. Who took this away from us? Who or what turned the human psyche into a fear of death culture?

Anyway .. back to Asklepios!

These were not GODS .. but were / are guiding principles [no different than a lighthouse].

This is a short preview video of the first meeting with Asklepios while figuring out what is this place and what was really going on there thousands of years ago... I will have to boost the sound as the new wireless mic stopped working #_# [Mercury Retro]

The most ancient statues (avatars) art and architecture were part of a living energy system. They wee part of a technology we do not understand today. How energy travels through stone to create powerful beneficial electrical fields.

The so-called statues created before the fall of the higher races were / are very advanced forms of interactive technology more advanced than computers or anything developed in places like Area 51 or technology alluded to in the original Neruda Wingmakers materials.

They somehow built (created) observing aware intelligent interface between levels of higher knowing and any human being who enters those fields. It is an awareness field that was designed to read the psyche of individuals who enter the field. These individuals may either be ignored or some may receive past lives related knowing .. information or beneficial knowledge.

At the time the healers were trained in awareness and what is today called meditation and during this inner training their psyche would be able to interact with the architectural operating system where the intelligent system would teach or show them what they need to know.

Atlantis actually fell apart structurally over 600 years .. and the last part may have disappeared overnight or they left the Planet abandoning their terrestrial colonies. Most probably climatic changes and a long cycle of dramatic loss of land into the oceans made it impossible to maintain high level cultural centers for healthy balanced human inhabitants.

Finally .. at some point the Atlantis Experiments were ended on the Earth due to the disturbing climatic change cycles that take place on the Planet's surface over long and short cycles. The Egyptians and others left behind highly sophisticated codes of transition as to how spirit effortlessly leaves physical matter systems .. a different type of travel.